In our daily life, computers are not unfamiliar to us. Whether it is a traditional notebook computer or a bulky desktop separate computer, it is far from meeting people's needs, especially for designers, film and television work needs, but all-in-one computers It has become an essential entertainment office tool in all walks of life today. Because the all-in-one computer integrates internal components, only one power cord can complete all the external connections of a traditional computer.

For the design, the all-in-one computer uses an ultra-narrow, borderless, ultra-clear LCD screen, with a slim body of only 3 cm, and 6 universal high-speed 3.0 USB ports. External microphone and audio can be installed, various body colors and base colors and shapes can be customized, support for wall mounting, support for wireless mouse buttons, Bluetooth, wifi, built-in high-definition camera, audio, expandable internal hardware, such as memory, graphics card , Hard disk, etc.

The all-in-one computer can also be touched and operated, and a series of operations such as finger dragging, zooming, rotating, and page turning can be performed, especially for brushstroke technology, which is undoubtedly the best choice for designers who like hand-drawn painting. 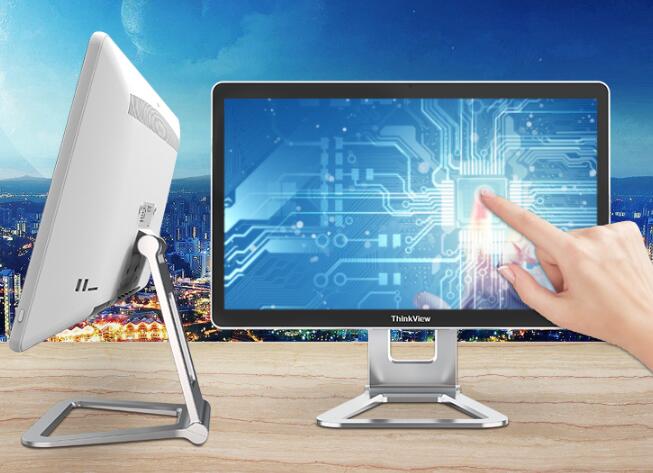 All-in-one computers do not require redundant installation steps for users, just plug in a power cord and press the power button, and it does not take up indoor desktop space. With all-in-one computers, many problems such as cumbersome desktop cables and insufficient notebook performance can be solved.